CVC in talks to set up $4bn global tennis group

CVC Capital Partners is in talks over a $600m deal that would bring together the men’s and women’s pro tennis calendars and allow the private equity firm to buy into the sport.

Under the proposals, CVC would take a 15 per cent stake in One Tennis, a new entity set up to manage media and data rights for both tours, according to people familiar with the proposals, valuing it at $4bn.

The Association of Tennis Professionals and the Women’s Tennis Association, the governing bodies of the tours, would remain as separate entities and be in charge of sporting decisions.

But they would co-ordinate schedules so male and female players would play in more of the same events, as they do in the “majors” — the four elite tournaments including Wimbledon and the US Open that have a separate governing body.

If agreed, the deal would mark a first foray into tennis for CVC, a Luxembourg-based private equity group that has been making a push for sports deals worldwide, including in football, rugby, volleyball, basketball and motor racing.

The firm used to own Formula One and MotoGP and has bought into the Six Nations, Premiership Rugby and Pro 14 rugby tournaments as well as the International Volleyball Federation. It has held talks to invest in Italy’s Serie A football league, Germany’s Bundesliga and the San Antonio Spurs basketball team.

CVC’s recent strategy has been to try to acquire minority stakes in leading competitions in an effort to gain enough influence to take over the commercial running of sports leagues and tournaments and bundle together media rights packages to sell around the world.

The ATP tour consists of 64 tournaments in 31 countries, while the WTA, founded by Billie Jean King in 1973, runs more than 50.

Under the proposed deal One Tennis would manage the broadcasting rights for both bodies’ tournaments, as well as the rights to sell data to gambling companies.

The ATP has a contract with IMG for betting data while the WTA has a deal with Stats Perform, both of which could be overseen by One Tennis if the deal goes ahead. 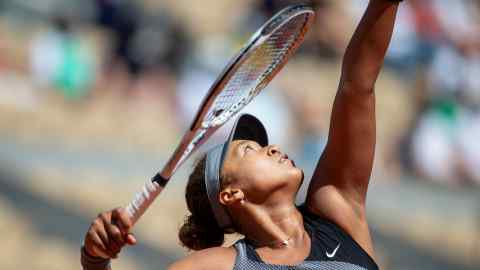 Mark Webster, chief executive of the ATP’s existing sales and broadcast arm ATP Media, has been lined up to run One Tennis, with ATP Media becoming part of the new entity, a person familiar with the matter said.

A deal could potentially be agreed as soon as this month, one of the people said. It would aim to create an entity that could eventually bid to run the grand slam tournaments’ media and data rights, they added.

The WTA and ATP said they were “continually looking for ways to bring the sport closer together in order to provide an enhanced experience for fans, players and tournaments”. They added: “By working together, we believe there may be significant opportunities ahead and we are exploring all options. These are preliminary stages and any opportunities will be assessed in close consultation with our respective stakeholders.”

Both organisations were forced to suspend tournaments last year because of the coronavirus pandemic. News of the talks were first reported by Sky News

Andrea Gaudenzi, chair of the ATP, told the Financial Times last year that he was in favour of merging the ATP and the WTA. Roger Federer, who shares the record of winning 20 major titles, and Billie Jean King have also spoken out in favour of a merger.